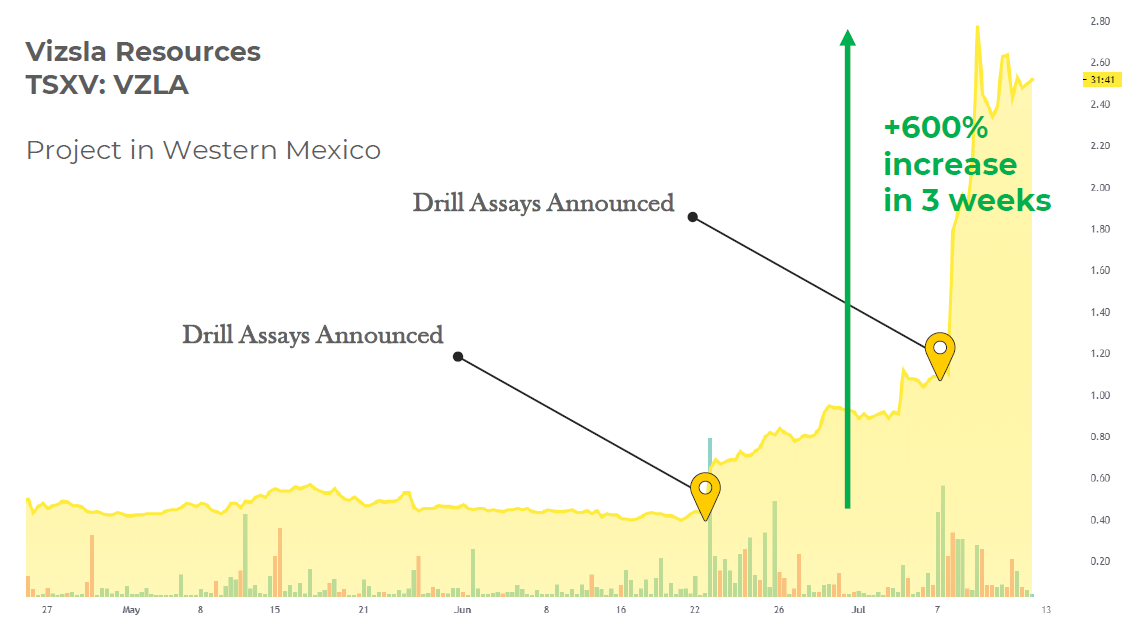 Could Carlyle (CSE: CCC) be the next Vizsla Resources?

This morning Carlyle announced a property deal with Riverside Resources to acquire 100% of a very interesting and highly prospective precious metals exploration stage project called the Cecilia project - like Vizsla, is also located in Western Mexico.

Vancouver, British Columbia--(Newsfile Corp. - July 15, 2020) - CARLYLE COMMODITIES CORP. (CSE: CCC) (FSE: 1OZ) (OTC Pink: DLRYF) ("Carlyle" or the "Company") is pleased to announce that it has entered into an option agreement (the "Option Agreement") with Riverside Resources Inc. ("Riverside"), an arm's length TSX Venture Exchange ("TSXV") listed issuer trading under the symbol "RRI", to purchase an undivided 100% interest in and to the 7,739 hectare Cecilia Gold-Silver Project (the "Property") located in the State of Sonora, Mexico (the "Transaction").

Morgan Good, Chief Executive Officer of the Company, commented: "We are extremely thrilled to have entered into this Option Agreement with Riverside for The Cecilia Gold-Silver Project in Sonora, Mexico. President and CEO of Riverside Mr. John-Mark Staude and his exceptional team have already completed several successful years of exploration work creating value and advancing the project to its current status. The project is drill permitted and all logistics are currently in place. This allows work programs, including but not limited to an initial drill campaign where we will be testing several high priority targets, to begin in short order. With many other junior mining companies exploring for precious metals in Mexico and having had success of late, as well as the surging gold price and what we believe to be a prolonged gold cycle, timing is perfect for Carlyle and Riverside."

About The Cecilia Property

The Cecilia Gold Project is a district scale gold and silver low sulfidation epithermal system centered on multiple mineralized rhyolitic flow-dome complexes and is located 40 km southwest of the Mexico-U.S.A. border town of Agua Prieta in Sonora, Mexico. The project is directly accessible by well-maintained dirt roads from highway 17. Mineralization is related to structures of N30W and N70E with high grades assayed at the intersection of these structures. One of the workings at the Cerro Magallanes dome returned high grades up to 133.7 g/t Au and 335 g/t Ag[1]. In addition to the rhyolite domes the underlying sedimentary Cabullona group and Paleozoic limestone provide an environment for replacement style mineralization at depth. Current deposit model type for Cecilia are SSR Mining's Pitarrilla deposit and Fresnillo's San Julian deposit, which contain 526 million oz Ag (Measured + Indicated[2]) and over 230 million oz Ag respectively. The mineralization hosted at the Pitarrilla project is not necessarily indicative of mineralization hosted on the Company's property.

In September of 2018, Riverside completed a regional soil sampling program. The soil survey covered approximately 30% of the 50 km2 Cecilia 1 concession (see press release dated March 5, 2018), and has expanded the targeting around the known central Cerro Magallanes area of the Cecilia Project. Carlyle will continue to advance and refine the known central targets and is also placing equal priority on new property-wide target generation.

The rock chip samples collected by Riverside's field crew and mentioned here were verified by the qualified person. Rock samples at the Cecilia Project were taken from thirty-two separate bedrock outcroppings on the eastern slope of the prominent mount of Cerro Magallanes, with the majority of individual samples consisting of composites of bedrock fragments hammer-chipped from 1.1 to 3.1 metre long intervals across rock faces showing evidence of hydrothermal brecciation and silicification. The two highest grade samples which assayed 113.7 and 58.0 g/t Au are select grab samples of loose quartz vein rock found on the waste-rock dumps of two small underground workings which are believed to date back to the 1940's. The two grab samples are not representative of the mineralization that was chip-sampled from actual outcrops, however, they do support Riverside's view that the Cecilia property has excellent potential for the discovery of epithermal quartz veins hosting gold and silver mineralization of the low-sulphidation type.

As many as 30 abandoned exploration adits, small underground galleries and surface prospect pits are distributed over the upper slopes of Cerro Magallanes, which are believed to date back to the early decades of the 20th Century. In the early 1980s the Consejo de Recursos Minerales (CRM) initiated a project at Cerro Magallanes over a 3-year period and carried out a comprehensive exploration program, including:

The planned work program will be developed in the coming weeks with Riverside and can build upon previous sampling, mapping, and structural work that was completed. The soil lines combined with the 3D modeling of past drill holes and projection of the surface mapped geology to depth begins to develop a range of precious metals targets that can be drill tested. A value add of a drone aeromagnetic survey is a critical next step to get a good picture of the ~80 km2 property tenure which will aim to define the deeper feeder structures that could be controlling near surface mineralization. 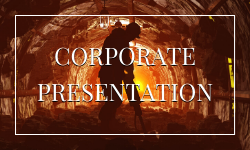